The Old Vicarage School was established in 1933 as an independent, fee paying day school for boys and girls. The school is a family run business, acquired by the Adshead family in August 2007. Matthew and Jenny Adshead are the sole and current proprietors and their children attended the school. Today the Old Vicarage School welcomes pupils aged between 3 and 11 years.

Located in the World Heritage Site of Darley Abbey, the building is steeped in local history with connections to the Evans and Strutt families, both prominent in the Belper and Derby areas and at the Mills on the river in the centre of Darley Abbey. Prior to 1933 the beautiful, late Victorian building was used as the Vicarage for St Matthew’s Church. The School celebrated its 75th Anniversary in 2008, 80th in 2013 and 85th in 2018. Many events and a very special luncheon for some of the original pupils from the 1930s and 1940s took place.

On entering the school from Church Lane one is struck immediately by the safe seclusion of the environment. The many varied trees and shrubs provide an enviable rural beauty yet within a mile of the City Centre. The school grounds are extremely well tended and extensive enough to afford all children opportunities for a full range of organised games and general recreational activities. The all weather astro turf provides a great break time space and can host football, netball and sports activities throughout the year. Tennis and Netball are also played on the court adjacent to the open lawns. The former Conservatory is now used as a further resource for nursery activities, assemblies, drama, gymnastics, choir and orchestra ensembles and a plethora of engaging after school activities such as ballet, karate, speech and drama, amongst others. In the warmer weather we even have our own Pizza Shack, which produces mouthwatering Pizza takeaways for families on a Friday evening! 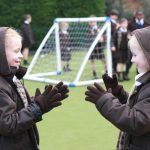 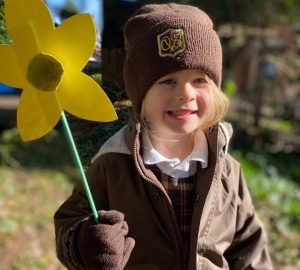 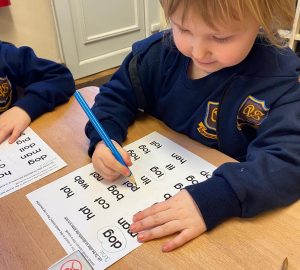 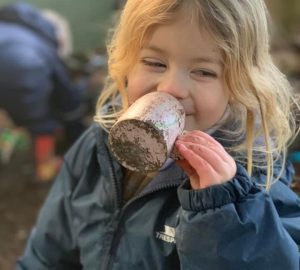 Wishing you all a great Platinum Jubilee Weekend! 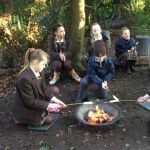 View the Gallery
We use cookies on our website to give you the most relevant experience by remembering your preferences and repeat visits. By clicking “Accept All”, you consent to the use of ALL the cookies. However, you may visit "Cookie Settings" to provide a controlled consent.
Cookie SettingsReject AllAccept All
Manage consent

This website uses cookies to improve your experience while you navigate through the website. Out of these, the cookies that are categorized as necessary are stored on your browser as they are essential for the working of basic functionalities of the website. We also use third-party cookies that help us analyze and understand how you use this website. These cookies will be stored in your browser only with your consent. You also have the option to opt-out of these cookies. But opting out of some of these cookies may affect your browsing experience.
Necessary Always Enabled
Necessary cookies are absolutely essential for the website to function properly. These cookies ensure basic functionalities and security features of the website, anonymously.
Functional
Functional cookies help to perform certain functionalities like sharing the content of the website on social media platforms, collect feedbacks, and other third-party features.
Performance
Performance cookies are used to understand and analyze the key performance indexes of the website which helps in delivering a better user experience for the visitors.
Analytics
Analytical cookies are used to understand how visitors interact with the website. These cookies help provide information on metrics the number of visitors, bounce rate, traffic source, etc.
Advertisement
Advertisement cookies are used to provide visitors with relevant ads and marketing campaigns. These cookies track visitors across websites and collect information to provide customized ads.
Others
Other uncategorized cookies are those that are being analyzed and have not been classified into a category as yet.
SAVE & ACCEPT