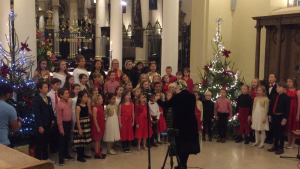 The amazing Darley Abbey School Choir, formed of Old Vicarage School pupils and pupils from Walter Evans CofE Aided Primary School also in Darley Abbey, recorded their Charity single ‘Children of the World (A Hymn for Peace’ at Derby Cathedral on 14th November. The single was released to the public on Saturday 17th November at the Derby City Christmas Lights switch on. The song was written and composed by our very own Mrs Anne de Waal and the single bought to life through the hard work of Mr Brain (GM’s dad).

A Friday afternoon story for the younger ones. One of my favourites! The GruffaloHope you enjoy it! Mr A 👍🏻❤️🙏🏻 Posted by The Old Vicarage School on Friday, 27 March 2020 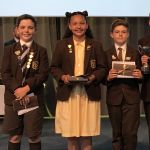 View the Gallery
This site uses cookies: Find out more.